Kezdőlap » Whose thought is it anyway? Part II.

Whose thought is it anyway? Part II.

In the second part of my article you can read on respective decisions of different courts from all over the world and the conclusion on intellectual property rights of composers.

In regard to spectators’ rights, in 1970 the German Federal Court (Bundesgerichtshof BGH, – I ZR 30/69) rendered a milestone decision in relation to Fred Raymond’s operetta, Maske in Blau. In this case the publisher, which held the copyright and authorised the staging of the operetta, sued the theatre for the alterations made by the director. The contract between the litigants stipulated the precise staging method, and the procedure to be followed for obtaining the copyright holder’s consent for major changes to be made to the work.

After investigating the provisions of the contract, the court formulated important, universally valid principles for subsequent jurisprudence. According to the judgment, in a theatrical performance changes exceeding the level of minor alterations require permission from the author or his legal successor. In this case, it matters not whether the director’s interventions can be aesthetically or artistically supported, or if they contribute to the success of the performance. This judgement was in line with Section 39 (2) of German copyright law, which permits alterations to a work and its title, even if the author refuses consent, based on the principle of good faith.

Furthermore, the judgment also stated that the author could not be compelled to accept that his work be used to mock itself or its genre. In the case of operettas, several attempts of mockery have been made.

In the wider sense, the judgment aimed to define the limits of directorial freedom and provide guidelines for its definition. With great forethought, it also stipulated that “in the case of a conflict the author’s original intention shall be given preference over that of the director, because the audience connects the work with the author’s name, and in general cannot tell the difference between the original work and the additions or alterations made by the director.” This is an important ruling for conserving an author’s world of thoughts and the integrity of his works.

Erik Jayme draws an important conclusion from this landmark judgement by stating, that one finds guidance in this verdict if a director wishes to alter the original staging of a public domain work, about how to provide information to spectators about the extent of alterations before tickets are purchased (Jayme, 2015).

More than thirty years later, in 2003 in a similar trial the Salzburg Court (LG Salzburg, 53 R 417/02h) also upheld the plaintiff’s claim against the organisers of the Salzburg Festival regarding the staging of Johann Strauss’s Die Fledermaus (The Bat). It was claimed that director Hans Neuenfels distorted both the characters and the plot – by turning Prince Orlofsky’s ball into a drug party – and ruined the performance. The court upheld the plaintiff’s claim and ruled that he receive a refund for his ticket on the grounds that the festival organisers must inform the audience in advance if a director’s interpretation (Regietheater) is to be shown instead of a classic performance.

However, the court’s decision was heavily criticized both by legal and theatre professionals, because the Salzburg Festival traditionally uses novel staging approaches, and information about each production is only given, as a surprise for the audience, in a performance’s brochure that night. In other words, it was not customary to provide preliminary information. Yet, the court itself stated that festival organisers are not obligated to provide excessive information, and sacrifice artistic freedom on the altar of potential litigation.

The information supply obligation of theatres was further narrowed by the 2008 judgment of the Hamburg Court (AG Hamburg, 4 C 370/07) in connection with the staging of Shakespeare’s Much Ado About Nothing. Instead of a comedy, the audience could witness a chaos of actors riding noisy motorcycles up and down the stage. And the end of the play was not about celebrating a merry double wedding, but about mourning the death of one of the characters. Yet, the court rejected the plaintiff’s claim on the ground that it is common knowledge public theatre in Germany is dominated by the Regietheater, and anyone wishing to see a version faithful to the original work must inquire about the nature of the production. In this respect, the theatre is not required to supply preliminary information.

In this case, the theatre directors’ tasteless exaggerations and obscene stage scenes, manifested in presentations out of touch with the original, did not have any fatal consequences. However, during a performance of Wagner’s Nibelung Ring by Frank Castorf in Bayreuth in July 2013, an audience member did develop a health condition in the auditorium, and had to be escorted from the performance. In the intermission of the same performance, a spectator collapsed and died in the lobby. Whether there was any direct relationship between the illnesses and the performance remains a mystery forever (Krejci, 2013).

Theatre directors are not only in conflict with audiences. In a legal dispute that arose over the Leipzig performance of Imre Kálmán’s famous operetta of Die Csárdásfürstin (The Csárdás Princess), the Leipzig Court (LG Leipzig, AZ 5 0 556/00) on 23 February 2000 and later the Dresden Appeal Court (OLG Dresden, AZ 14 U 729/00) on 16 May 2000 ruled that the theatre director had no right to interfere with the staging instructions of director Peter Konwitschny even though the première ended in scandal because plot and character presentation was deemed foreign to the original work, and the premier was interrupted twice by indignant protests from the audience. The court stipulated that the interpretation produced by the director’s creative work contained unique original elements that enjoy independent copyright protection.

Is it Peter Brook or William Shakespeare who will live longer in the memory of the audience? There is no doubt that Shakespeare starts off with a significant advantage in time, and it is also obvious that the popularity of the great playwright has not dwindled over the past 400 years. Countless interpretations will not prevent people from flocking to see Shakespeare’s plays. They might not even wish to inquire about the director of the performance they buy tickets for. Yet, it is remarkable what great responsibility directors have in transmitting the author’s thoughts.

One thing is sure: today’s distortions and far-flung artistic approaches will be our children’s classical favourites.

Giuseppe Verdi’s Macbeth, the opera produced in 1847, was extraordinary in contemporary Italy, where Shakespeare was not translated and his plays were not popular. Because Shakespeare on the continent was mainly read in French, Verdi had to ask Francesco Maria Piave to turn Carlo Rusconi’s prosaic translation into an opera libretto. Rusconi’s translation itself could be regarded as a re-work only, because he changed several scenes and cut the text in several places. In line with the requirements of the operatic genre, Piave made major changes to the story rewritten by Rusconi. Under Piave’s pen, Shakespeare’s already short drama was reduced by one fourth of its original length. Five scenes were compressed into four, and the play featured half as many characters as the original. Yet, Verdi’s Macbeth is considered a classic and is included in the repertoires of opera houses worldwide (Springer, 2013).

As Victor Hugo pointed out at the International Literary Congress in Paris, where he was presiding in 1878: “in the long run the writer had only two heirs: the human spirit and the public domain”.

But what shall we, the contemporary audience, do with this universal legacy? It is not the legal responsibility that matters most. The burden we carry is much heavier.

Unfortunately, in the 20th century we witnessed too many abuses of productions doing anything necessary to find audiences for authors and their works. When authors, creators, artists and works were bent and distorted to serve an ideology (and as a result became the protagonists of political power plays), they really became victims of totalitarian regimes. “The iron curtains crashed on the most authentic artistic efforts and concepts of the 20th century again and again.” (Lengyel, 2011) America too was haunted by its own totalitarian spectres during the McCarthy era. Not even copyright protection was able to provide a safeguard against the representatives of such autocracy.

The classic tools of law are not always able to resolve the conflict between authors and creators on one side, and society (citizens, consumers, audiences, and the heirs of cultural legacy) on the other. The different historical periods give priority to different interests and legislation is shaped accordingly. How people and institutions resolve the conflict between these basic interests are excellent indicators of the prevailing artistic, cultural, and political climate.

Intellectual works belong not only to their creators, but also to society. At  the Implementation of the Berne Convention in the US, film director Sydney Pollack testified to the Congressional Subcommittee in 1987: “this is a debate about the dignity with which society regards artists and the value society places on the integrity of artistic endeavours” (Baldwin, 2014).

Using György Boytha’s words: “in the light of the related protection, intellectual property is of orienting nature only; we say that the sun rises and sets, although it is the Earth that revolves around the sun” (Boytha, 2015). 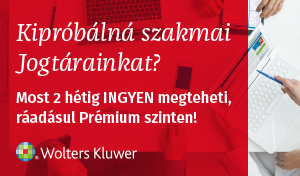